I propose that we reimburse Wing community member Merlin for getting scammed by Open Ocean. 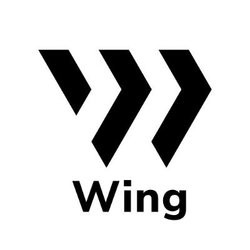 How I was scammed by Wing.Finance and lost $6500

I just got done watching the Raiders beat the Saints on Monday night football. Bitcoin looked like it was about to take a turn for the…

His post is misleading and inaccurate (Open Ocean was build by a third party company, completely unaffilliated to Wing), but his concern is legitimate as I worked with him for weeks trying to get his funds back from Open Ocean to no avail.

I think we should reimburse him from the Wing Community Fund.

Here is the info provided

A few upvotes and a confirmation from Merlin that this is what he would like to do and we can put this to on-chain voting.

I would vote yes to this!

I am unsure why this needs to even go to a vote. I would just like to get the remaining 6638 ONTd from the transaction that took place.

Thank you Arcon! Your first sentence sums it all up! Some how Wing just does not get that…

Because funds have to be approved to be unlocked and sent. People would go absolutely hysterical if Wing circumvented this.

Hope it will be solved without problems.

I think Merlin’s issue got solved in the meantime?